Plans to bottle Belgian Beer – Palm – in the US

Here’s an interesting story about PALM beer.Â  Soon it may show up at a store near you. 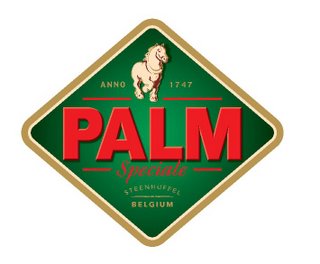 PALM Beer Now in Bottles in the U.S.

First brewed in the early 1900s as an alternative to pilsners and lagers, PALM has become the number one selling amber beer in Belgium and Holland and it’s steadfastly earning its way into the U.S. market.

PALM is now available in select U.S. markets in an authentic, European 33cl bottle and it’s packaged in a fully enclosed carrier with the full brewery story on the bottom. The PALM story relays the history of the 261 year-old brewery and its penchant for adhering to traditional Belgian brewing methods. PALM Breweries is the only beer company in the world to brew using the four traditional Belgian brewing traditions – top, bottom, mixed and spontaneous fermentation.

In September 2007 Latis signed an agreement to be the American importer for a rich selection of PALM Breweries’ brands. PALM Breweries, the largest independent brewer in Belgium, made its U.S. debut in Manhattan in November 2007 and subsequently San Diego, Northern New Jersey, Philadelphia and Connecticut.

Brewing style: Speciale Belge. This designation is strictly reserved for amber beer brewed in the Provinces of Brabant, Antwerp, East Flanders and Hainault. PALM dominates this segment in Belgium.

A collective 25 years of experience in the U.S. and global markets leading brands like Rolling Rock, Labatt Blue, Beck’s, Bass, Stella Artois and Hoegaarden drove David van Wees and Anthony Giardina to create a company that mirrored their passion for developing premium beer brands. And so the idea for Latis was born and given life in Connecticut’s diners and well-equipped, free wireless public libraries. At the heart of Latis is a mission to build a portfolio of authentic, craft beers from independent brewers with rich history, traditions and pride. Latis imports PALM, Belgium’s best selling amber from the country’s largest independent brewer. The company is headquartered in Ridgefield, CT. For more information www.latisimports.com or www.PALMbreweries.com.