*Writers note: The following is not a product endorsement for Moonshot ’69 or for New Century Brewing LLC.

When a government agency sweeps in to suppress what they perceive to be a danger, there invariably are ripple effects that impact those who are not necessarily responsible for that particular threat. Ambiguous definitions and knee-jerk legislation relating to those threats make this a common occurrence. Such is the case for Moonshot ’69, a Massachusetts-based craft beer brand that is produced by New Century Brewing LLC and its founder, Rhonda Kallman. 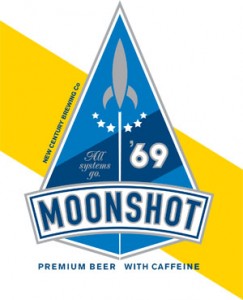 In November of 2009, the FDA sent a letter to New Century Brewing, Phusion Products (the makers of Four Loko), and 28 other producers asking for their rationale as to why caffeine was added to the product. The companies had 30 days in which to respond, which New Century did, seeking clarification on the regulations and how they would be enforced. After repeated attempts for clarification over the course of a year, a letter was delivered on November 17th from the FDA declaring that:

“The FDA has reviewed the regulatory status of the ingredients declared on the label of your product, ‘Moonshot’, which contains caffeine that has been directly added to an alcoholic beverage and packaged in combined caffeine and alcohol form. As it is used in your product, caffeine is an unsafe food additive, and therefore your product is adulterated under section 402(a)(2)(C) of the Federal Food, Drug, and Cosmetic Act…”

Four Loko had come under fire recently in the media, having been named in association with numerous hospitalizations and even two deaths. The outcry was that brands such as Four Loko and Joose, packaged in large aluminum cans containing high levels of both alcohol and caffeine, were dangerous and needed to be addressed. They were beverages that were aimed at hard-partying youth.

I had some conversation with Ms. Kallman to get her thoughts on the FDA’s ruling and their legislating of this threat. In response to the letter, Ms. Kallman said “I was truly shocked that Moonshot ’69 was lumped in with high alcohol — 12%– neon-colored energy drinks w/ artificial ingredients, 200-260mgs of caffeine sold in huge serving sizes (23.5 ounce) widely distributed in convenience stores. Moonshot ’69 is an all-malt craft brewed pilsner (made with water, hops, yeast and malted barley) with 69 milligrams of caffeine (year the astronauts landed on the moon–less than one half cup coffee) served in a long neck 12 ounce brown beer bottle with limited distribution in restaurants that have a brunch program, craft beer bars and boutique markets.”

A statement towards the end of the November 17th letter is where things become a bit more interesting:

“The FDA is aware that, based on the publicly available literature, a number of qualified experts have concerns about the safety of caffeinated alcoholic beverages. Moreover, the agency is not aware of data or other information to establish the safety of the relevant conditions of use for your product. Therefore, the criteria for GRAS status have not been met for the caffeine in your beverage.”

Additionally, they letter goes on to say:

“It is FDA’s view that the caffeine content of your beverage could result in central nervous system effects if a consumer drank one or more containers of your product. Therefore, FDA believes that the consumption of your product, “Moonshot,” may result in adverse behavioral outcomes because the caffeine is likely to counteract some, but not all, of the adverse effects of alcohol. The agency is unaware of any data that address the complex, potentially hazardous behaviors that have been identified in the scientific literature as associated with these beverages or that otherwise alleviate our concerns about the effects of consuming these pre-mixed caffeine and alcohol beverages. Moreover, FDA is not aware of any publicly available data to establish affirmatively safe conditions of use for caffeine added directly to alcoholic beverages and packaged in a combined form.”

This does not in any way stipulate that only beverages that have caffeine added specifically for its effects are dangerous. If there are safety concerns about caffeinated alcoholic beverages, then that concern should apply to any alcoholic beverage that contains even trace amounts of caffeine, and supports Ms. Kallman’s stance that caffeine levels should be regulated, instead of having caffeine banned altogether. This would allow for industry-wide regulation and would take all beverages into account, whether the caffeine is added directly or is a byproduct of the addition of a flavoring such as coffee or chocolate. I, for one, as a consumer, would like to know that the beverage I’m drinking is safe. It shouldn’t matter where the caffeine comes from. If I drink a Moonshot that has 69mg of caffeine it in and is around 5% ABV, and then drink another beer with coffee added that happens to also have 69mg of caffeine, how is the second drink safer than Moonshot?

It is clear that the FDA was not targeting alcoholic beverages that contain caffeine; otherwise the volume of letters that were mailed out related to this ruling would have been tenfold. The focus was clearly on the Four Loko and Joose brands that are targeting younger drinkers with high alcohol/highly caffeinated energy beverages, and somehow Moonshot ’69 was caught in the cross-fire. 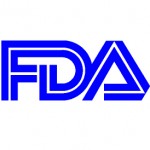 When I asked Ms. Kallman if she had anticipated this type of ruling, she had the following to say. “I was optimistic that the FDA would come out with standardization of parts per million of caffeine to percentage alcohol and/or even regulate the serving size. I fully expected that Moonshot would fall well below any acceptable standards. The FDA needs to regulate, not prohibit something that has been around for decades that clearly, consumers want. If the root of the issue is that caffeinated alcohol is unsafe (GRAS—generally regarded as safe), then they need to cast their net much wider…I deliberately add caffeine in the process (caffeine is tasteless and odorless) so that beer lovers can have a caffeinated choice. The great pilsner beer taste is not masked by tea, coffee, sweet additives etc. It is BEER!”

In response to the FDA’s actions, White House Drug Policy Director Gil Kerlikowske said in an email to media outlets that “These products are designed, branded, and promoted to encourage binge drinking, and I commend the FDA for acting promptly to curb their sale.” The inclusion of Moonshot ’69 in ‘these products’ is remarkably off-base in my opinion, and casts a dark shadow on the brand that has already seen its share of bumps along the way.

As it relates to Ms. Kallman and Moonshot ’69, she has informed the FDA that she will cease manufacturing Moonshot, for now. “I will not reformulate and take the caffeine out as I believe it is safe and that beer drinkers deserve a caffeinated choice.” She feels that this is another attempt by the government to roadblock alcoholic beverages, and that if they are successful in removing Moonshot ’69 from the market, “my guess is they won’t stop there.”

“Provide the standards and I will comply”

The Rise and Fall of Four Loko
http://theweek.com/article/index/209434/the-rise-and-fall-of-four-loko

Update from the FDA on 11/24 regarding the letters that were sent
http://www.fda.gov/NewsEvents/PublicHealthFocus/ucm234900.htm