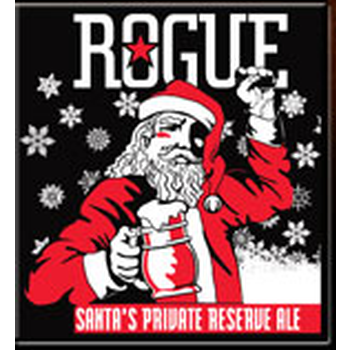 Our Snowflakes Glisten in the dark! 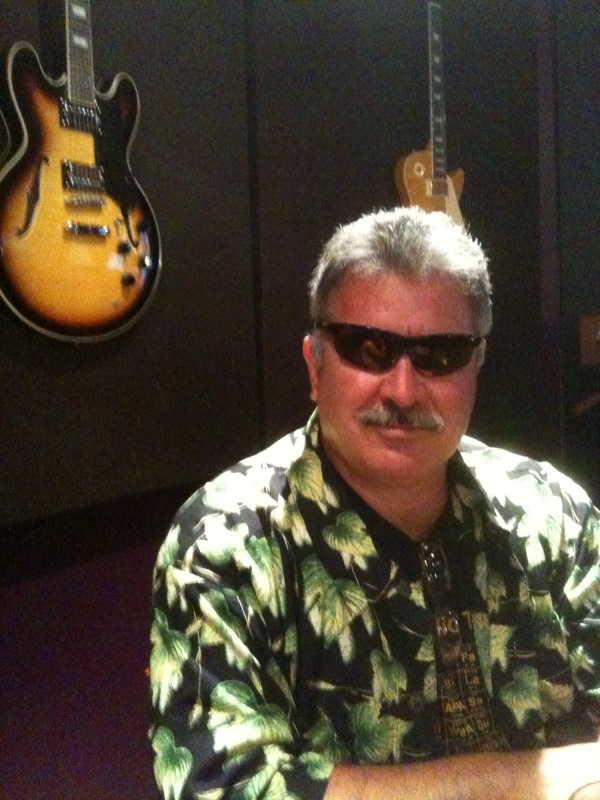 Why I selected the Santa’s Private Reserves:

This is my first “Have a Beery Merry Christmas post for 2011.

2beerguys contacted me about participating in a beer advent calendar at the Seacost Beverage Lab Blog using craft or micro beer reviews from attendees of the annual Beer Bloggers Conference. Of course I had to agree even though I don’t really do a lot of beer reviews.

So here goes…I chose the Rogue Santa’s Private Reserve for several reasons. First, it’s from Oregon, where the last conference was. Second, I love Sebbie, one of Rogue’s reps. Thirdly, it was randomly suggested to me by my friends at Beer Run in Charlottesville. Well, technically it was recommended to my employee John, who called me on my cell phone, and I approved the purchase. Not to go on too large of a sidetrack, but he was there getting me some Starr Hill Cryptical that I am sending to Brew Dad in Washington State so I can get some Jubelale fron Deschutes …whew!

Enough digression – on with the beer! 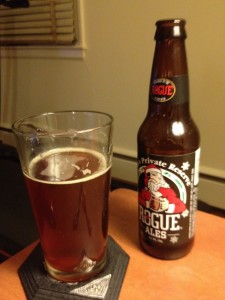 Santa’s Private Reserve looks like Christmas to me…Reddish with brown overtones. Nice lacing of the clean white foam on top. The taste experience is even better, thick and full, not sweet, but crisp on the tongue and lots of maltyness. The bottle claims it has a sprucey finish; not sure if I got all that, but yummy none the less! This is a great Christmas beer that you can have more than one of, nice session Christmas ale. I would like to try one on draft, although that’s not too likely on the East Coast. If anyone knows of a place, let me know!

If you don’t believe me, here’s the BA review, although the label looks like last year’s vintage…

I’ve had 25 or 30 Christmas beers so far this season, and I bought a six-pack of this one if that gives you a clue!

Merry Christmas and Happy New Beer to all!

Huck Fin hails from Fincastle Virginia in the Roanoke Valley. I am the owner of a small security business, Access Control Specialists, that allows me to travel and sample beer at various locales. I try to document the places so that others can enjoy, or be forewarned about our adventures!

The name comes from my other vice, playing poker where my nickname is Huckleberry, Fincastle provides the other part, hence the name, Huck Fin! http://huckfinsbeerbuzz.com

About Rogue Ales:
Rogue Ales is an American craft brewery founded in 1988 in Ashland, Oregon. The following year the company opened their second brewpub in Newport, Oregon where they are now headquartered. They operate brewpubs in Oregon, Washington, and California. Rogue exports throughout the US and internationally. Rogue Ales have been described as “invariably fun and full flavored”. The company has also expanded into distilling as well, with micro distilleries in Newport and Portland.http://www.rogue.com