New York, NY, April 2012 – To celebrate its summer exhibition Beer Here: Brewing New York’s History, the New-York Historical Society will host a series of beer tastings that showcase the thriving brewing culture in New York City and State. Beer Here will examine the social, economic, political, and technological history of the production and consumption of beer, ale, and porter in the city from the seventeenth century to the present day. The beer tasting program, run by Starr Restaurants catering group, will take place in the exhibition’s beer hall on most Saturday afternoons from May 26 through August 25, 2012.

The half-hour beer tastings, which will occur at 2 pm and 4 pm, will offer visitors the chance to hear directly from brewers and brewery founders about the history and process of making beer. In addition to tasting local artisanal creations, visitors also will experience first-hand the hops, whole leaf flowers and other ingredients used to make beer. Tickets for the tastings are $35 (Members $20) and may be purchased online. A six pack special discount (purchase by telephone or in person only) is offered to visitors who purchase tickets to six separate tastings for only $150 (Members $100). A complete tasting event schedule follows below. 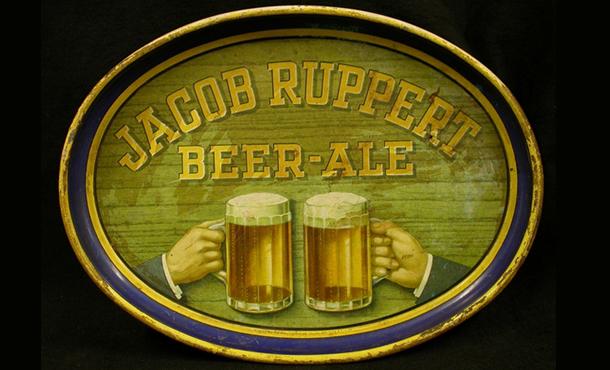 The Matt Brewing Company – Saturday, May 26, 2012: 2 pm & 4 pm, Saturday, August 4, 2012: 2 pm & 4 pm
The Matt Brewing Company has prospered at the foothills of the Adirondack Mountains in Central New York for over a century. Under the leadership of the third and fourth generations of the Matt Family, the Brewery has earned the reputation as one of the most respected specialty brewers in the country and continues its family tradition with the celebrated Saranac family of beers. The tasting will feature Saranac White IPA, bursting with Citra hops, and the refreshing fruitiness of orange peel & coriander and the softening characters of wheat malt and oats, and other special selected beer.

Keegan Ales – Saturday, June 9, 2012: 2 pm & 4 pm, Saturday, August 18, 2012: 2 pm & 4 pm
Keegan Ales was founded in early 2003 when Tommy Keegan learned about an empty building in Kingston that nobody would buy because there was a defunct brewery stuck in it! The Keegan Ales tasting will feature Mother’s Milk, a dark and creamy milk stout with hints of oatmeal, chocolate and milk; Hurricane Kitty, a coppery and heavily hopped India Pale Ale; and Barley Wine.

Bronx Brewery – Saturday, June 16, 2012: 2 pm & 4 pm, Saturday, August 11, 2012: 2 pm & 4 pm
Bronx Brewery is a craft brewer and distributor based in the South Bronx. It was launched in 2011 by a small team with two things in common: a maniacal focus on creating high-quality beer and a passion for the Bronx. Bronx Brewery will serve its Bronx Pale Ale, a deep amber, American-style pale ale. A second, yet-to-be released, spring beer may be available as well.

Harlem Brewery – Saturday, June 23, 2012: 2 pm & 4 pm
The Harlem Brewing Company story starts about 86 years ago. Legend has it that during Prohibition a special beer was being made and this secret brew could be found in Speakeasies and after-hours spots all over Harlem. This tasting will feature Sugar Hill Golden Ale, a medium bodied golden ale known for its drinkability, with a subtle citrus accent and a finish of hops and malt flavor.