During Karneval, the stanges in Cologne’s legendary Kölsch halls never run dry. Masquerading revelers party the night away while teams of Köbes keep the beer flowing as they diligently refill cup after cup.

On February 23rd, visit the DTR taproom for a glimpse into Kölsch Karneval. For $25, guests receive a souvenir stange (Kölsch glass originally $7) and five refills. Additional stanges can be purchased for $5, and Kölsch is only $4/pour for the whole night!

Of course, no Karneval would be complete without traditional German music and food, and we have you covered with a killer Oompa band and a full smorgasbord of good eats.

Music will be provided by TUBAFRAU HOFBRÄU BAND. Click here for tickets. 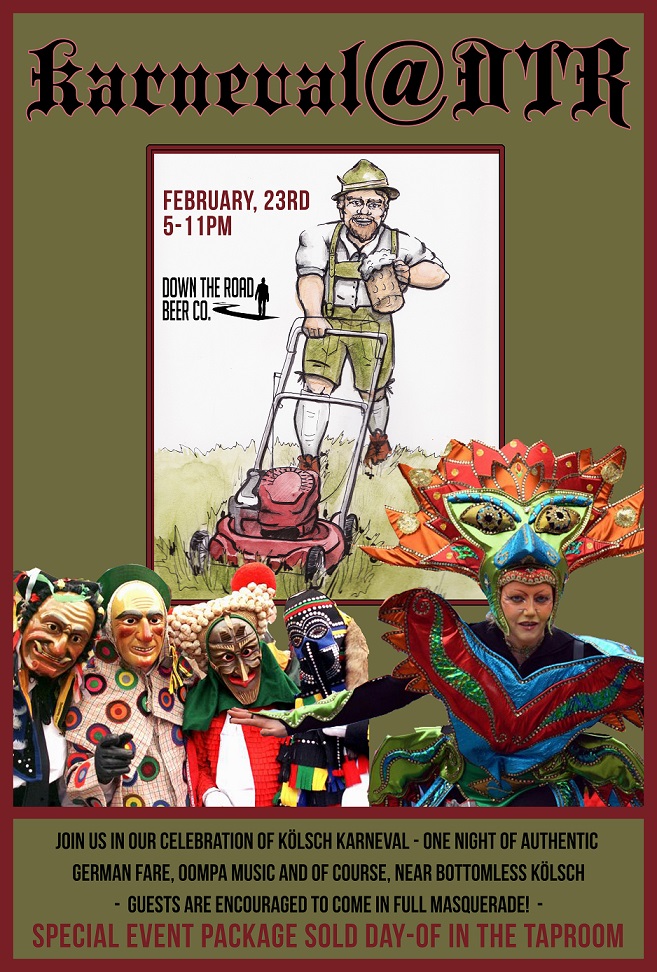