Have you ever had a Trappist ale? What about a barleywine or an imperial IPA? 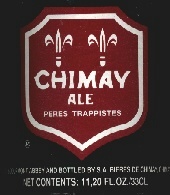 If you live in Mississippi, the odds are the answer is no. Mississippi is one of only three states left with an antiquated prohibition-era law that restricts the amount of alcohol in beer. The greatest unfairness of this law is the way it targets one particular product: beer, while making no restrictions on other adult beverages like wine or spirits.

This means that a Mississippian can walk into a liquor store today and buy any variety of wine or even 190 proof (95 percent) grain-alcohol, but for some asinine reason beer is capped at 6 percent alcohol by volume.

The result of this arbitrary law is that at least one-third of all the beer styles brewed in the world are unavailable to Mississippi consumers, including 80 percent of the top-rated beers in the world. These beers are produced in small batches by artisan brewers who take great pride in their craft. Like fine wine, they are rich and complex in flavor and character and are enjoyed in the same way. They are certainly not the kind of thing one guzzles or drinks to intoxication.

This neo-prohibitionist law serves no useful purpose. Statistics from Mothers Against Drunk Driving show that states without a restrictive cap on beer have lower rates of drunk driving citations. This is unsurprising when you consider the type of product this law targets.

The beer styles that are outlawed typically have very strong and robust flavors that do not appeal to youth or binge drinkers. In addition, the cost for these craft beers is usually significantly higher than mass-produced beers, enough higher to make them too expensive for a “quick buzz.”

In fact the cost per ounce of alcohol can be as much as 10 times higher in craft beer than in products already available.

If you are one of the millions of Americans who enjoy an occasional beer, it is important to know that the removal of the 6 percent cap will not change your beer in any way. Changing this law will simply allow new beers that are currently illegal here to be available, thereby increasing consumer choice.

Another common concern is that changing this law would bring alcohol into communities that didn’t want it. This is untrue. The removal of the cap would not influence a local community’s ability to choose to be “wet” or “dry” for itself. It would simply allow greater consumer choice for those already living in wet counties.

Many states have recently been successful in changing this law, including Georgia, South and North Carolina and strong efforts are under way in Alabama and West Virginia. Luckily there is a growing grassroots movement to repeal this ill-conceived restriction on consumer freedom in Mississippi. If you would like to find out more about our efforts, please visit www.meba.ms or e-mail me directly. Don’t let us be the last state to repeal this unfair law. Mississippians deserve better beer.

Butch Bailey is a forester who lives in Hattiesburg. He is a founding member of Mississippians for Economic & Beverage Advancement. Contact him at timberbeast@gmail.com.