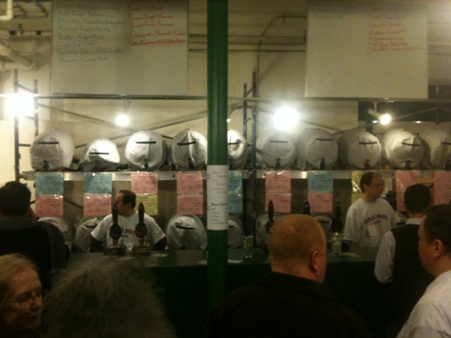 The Nerax cask festival kicked off last night in downtown Haverhill.  In their 5th year, the Haverhill Tap and Brewery has been the home of Nerax North cask festival.  With a selection of over 40 cask ales, this celebration is a satellite event for Nerax. 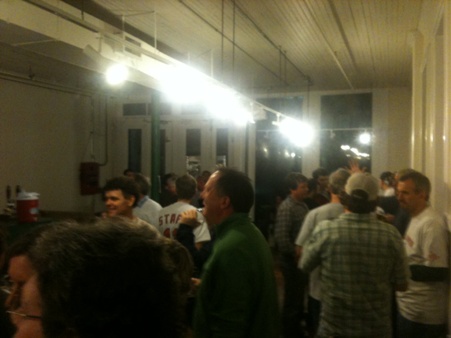 Last night’s event was a fun time.   The crowd was fairly light at the beginning, but picked up in the last hour and a hlaf. The beers were just the right temp (cask ales are typically served cool – about 54 degrees, but not too cold).

The best thing about the 5th annual Nerax North is the selection of beer.  The split between US and UK beers are almost 50/50, with a couple of German Beers thrown in the mix.  The US selection was very interesting, with only 3-5 of about the 15 beers on were from the bigger breweries (i.e. Smuttynose, Allagash, Redhook, Grittys etc..).  Please don’t mis-understand.  I love trying a cask selection from our local brewries, but there were some casks from new breweries (i.e. baxter Brewing, Bull Jagger, Jack’s Abby, Brays,  Andrews, Blue Hills etc..) and smaller breweries (i.e. Cape Cod, Haverhill Brewery etc..)

Here’s what was on last night: 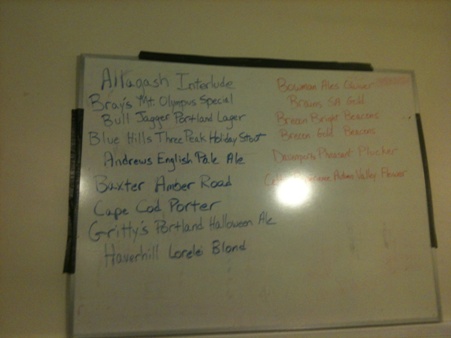 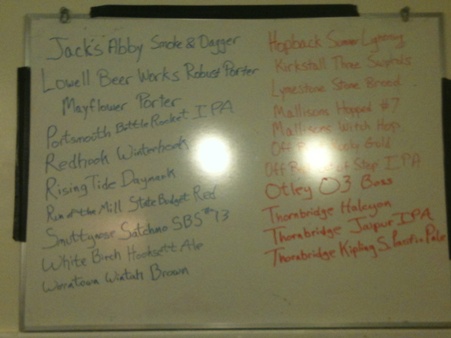 I set a plan of attack in advance, which included a full assault on the UK selection.  My approach changed when I got there and I diverted my attention to the US selection.   Most that I tried were very tasty. My favorite beer of the night was the Allagash Interlude (nice and sour — very different than a typical cack, but watch out for the 10.5 ABV).  After that, I was a big fan of Jack’s Abby Smoke and Dagger, along with Baxter Brewing’s Amber Road (which is a new release).

If you make it over to Nerax North, please let us know what you think!

If you haven’t done so already, clear your calendar and get to the Haverhill Tap before all the beer runs out!  There is a session tonight and tomorrow. 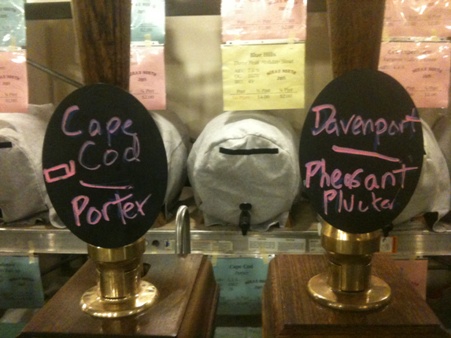