Commercial Description:
This robust and malty brew will take the bite from a cold winter night. Available November to March. 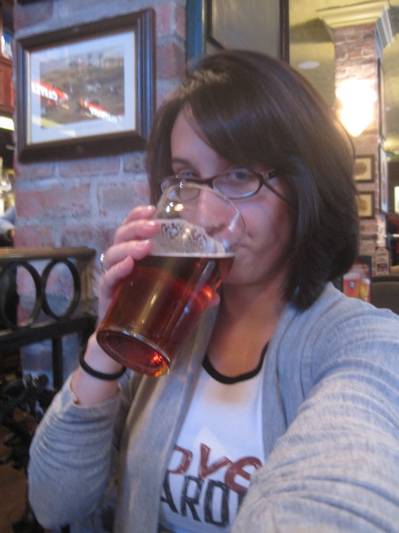 Why I selected the Long Trail:

This is a favorite of mine in the winter. I first tried this beer a few years ago thanks to my best friend, Samantha, who is from Vermont. She knew that I’d like it, if for no other reason than the label design. Look at that little bear all cozy next to the fire!

The beer is slightly sweet and medium bodied. The color is a reddish brown and it has a nice head that sticks around for a bit when poured. You won’t get much from the hops here, just a subtle aroma and slight bitter in the aftertaste. For me, the perfect combination for a winter beer. 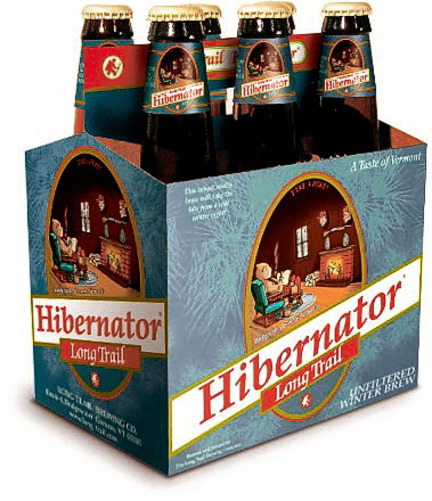 REMINDER, TONIGHT, 12/13, Girls’ Pint Out and Google Boston are teaming up for a tasting at Harpoon Brewery in Boston. Tickets are still available here and includes the tasting, a swag bag full fo fun, and entry into a couple of raffles. We’ll be donating $3 from each ticket will be going to Harpoon Helps Spread Holiday Cheer. You can find more information here, but know that we’ll be giving various stores like Target, Stop & Shop, Dunkin Donuts and Wal-Mart. These gift cards will enable parents in the family shelters to go out and purchase gifts for their kids – so they are able to give something that they choose.

About Kristen and MA Girls Pint Out:

About Long Trail Brewing Company:
Long Trail Brewery is a microbrewery located in Bridgewater, Vermont, USA. It was opened in May of 1989 by Andy Pherson, who now serves both as the company’s president and brewmaster. The company’s first brewery was located in the basement of the Bridgewater Woolen Mill in Vermont’s Green Mountains, but by 1995 the company had become popular enough that it was able to relocate to a state-of-the-art brewery and visitor center (featuring an open-air deck overlooking the Ottaquechee River) in Bridgewater Corners, VT.

Long Trail makes a number of different styles of beer, mostly English-style top-fermented ales, but its flagship beer is Long Trail Ale, a Düsseldorf-style altbier. It also participates in the tradition of brewing a “Sticke” Alt (from a dialect German word for secret) known as Long Trail Double Bag, though unlike the German originators of the style, Long Trail makes Double Bag available year-round. During the 1990s it also brewed a Kölsch-style ale as a spring seasonal. In the summer of 2006 Long Trail added a hefeweizen to its list of brews. In the Fall of 2007, they changed the Blackbeary Wheat offering to full-year availability. It was previously Long Trail’s summer seasonal brew. In 2010, Long Trail Brewing Company acquired Otter Creek Brewing and with it Wolaver’s Organic Brewery.

Long Trail distributes its product throughout New England, New York, New Jersey and Pennsylvania. 40% of its beer is consumed in Vermont.

The Long Trail is a 272 mile hiking trail that runs the length of Vermont. http://longtrail.com/