Dippity Do and Cancer Too

We measure time and archive events in many ways.  If you are in business, it is the fiscal year. Academics? Semesters.  Some reflect by birthdays, others by certain holidays or family gatherings. If you are a brewer, it could be the ebb and flow of the brewing and fermenting cycle itself. For others in the beer world, it could be annual festivals or events. For me and the past year, it has been Portsmouth Beer Week.

Portsmouth Beer Week 2012 (PBW12) was a week of firsts for me.   My first Kate the Great Day experience, my first pub crawl (thank you Bill Harris from Smuttynose!), my first time pouring at an event (Victory Brewing’s Prima Pils at the Seacoast Winter Brew Fest), my first Redhook tour with Byron, and my first 2Beerguys Beer 101 class.  How is it possible that since the induction of 2beerguys in 2006 that I hadn’t done these things yet? Even my husband Ryan was surprised with comments like, “Weren’t you with us when…” or “How have you not met BYRON yet???”  (My response was always the same: life and babies, people!) I felt like I was coming into my own that week.  I made new friendships and solidified others.  I was so proud of my sister-in-law Amber for leading the panel discussion for the “The Love Of Beer” East Coast movie premiere.  Some of my stand-out beers of the week (besides Kate) were Throwback’s Amber’s Amber, Portsmouth’s Grand Cru, Smuttynose’s Brett and I, and Peak Organic’s Mocha. Life was good, beer was flowing. I was looking forward to the summer and attending the Beer Bloggers Conference in Indianapolis. 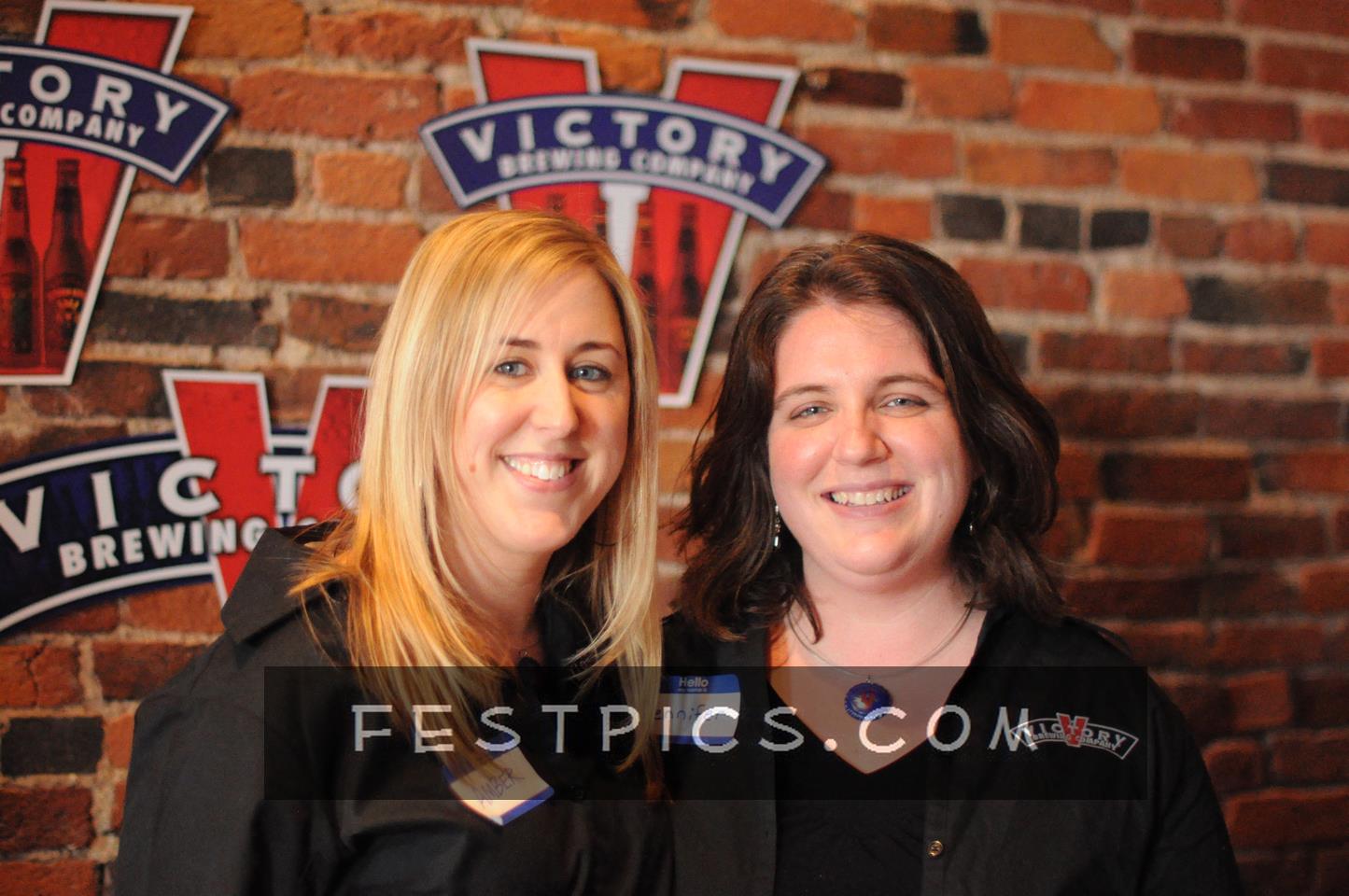 Well, it was not the summer I had planned.  I felt unusually bloated during PBW12 and figured it was the beer. (Disclaimer: I am a sharer. I try to share honest stories.  I think it makes us feel like we are not alone).  I kept gaining weight, so I went to Pilates with Amber, thinking a little exercise was all I needed.  I felt a pain on my right side, and thought I pulled a muscle, so I stopped going. My husband finally convinced me to get it checked out, because my stomach was growing to the point where it was obviously not me “letting myself go,” and I was not pregnant.

It turns out I had a tumor the size of a basketball coming off of my right ovary.  It was growing so fast, that everyone assumed it was benign.  It wasn’t. During the 3.5 hour surgery, Ryan had to make decisions that we had agreed upon ahead of time because what we feared was true: the pathology of the tumor came back, and it was cancer. No more babies for us.

Recovering from surgery was hard.  A typical recovery is 4 days in the hospital.  I was there for 10, due to a mysterious infection caused by the tumor itself.  Yes, the infectious disease people really are like the characters on “House”.  Ryan was by my side, overnight, almost the entire time.  He balked at the “Visiting Hours” signs and may have given one the finger, which he will neither confirm nor deny. He wooed the nurses and made them teach him how to take care of me.  I’ve always known that I snagged a good husband, but the depth of his concentrated attention and care was endless.

Coming home to the kids was harder.  Zoe, our youngest, was only 17 months old.  I couldn’t pick her up.  Patrick, our oldest, who had recently turned 3, was a trooper—he helped mommy pick things up and was fascinated by my scar. I started to feel better and panicked because I was facing 9 weeks of chemotherapy.  It seemed counter-intuitive to feel so good, and then turn around and poison myself.

Chemo was awful.  I’m not going to go into it here.  I am one of the lucky ones—people from church and work made us meals, and I had friends and family drive and sit with me during my infusions.  They kept my spirits up (Sean, my brother-in-law, was at the ready for us to wear superhero costumes). Chemotherapy in general has come a long way, and for that I am grateful.  But it was no cakewalk, and the experience was light years away from the festive atmosphere of PBW12.

One of the side effects of chemotherapy is that your palate is shot.  Everything tastes like metal.  One evening during my chemo stint, Ryan brought home some Dippity Do from Throwback, which is my FAVORITE beer, in hopes that I could have a taste and it would cheer me up. It was disastrous.  It tasted like crap. I thought I was licking a dirty penny. I was devastated and feared that my palate would never come back.  It had always seemed strange to me that during life’s big events or challenges it is small things that can derail us, and this was one of those moments for me.  Not only could I not go to beer events and socialize, but beer couldn’t even come home to me. Beer for me at that point symbolized a part of life that I feared I wouldn’t get back.  I knew I would be fine—my prognosis was good, even if the road to recovery was ugly.  It was a moment where I realized that the side effects of the chemo could alter how I would live my life in the future, even in small ways.  It was a little jarring.

Flash forward to Portsmouth Beer Week 2013 (PBW13).  So much had happened, yet there I was, a year later, hanging out with the same beer crew. I felt out of my comfort zone. There were a few freak-out moments when I had a running dialogue in my head saying, “Last time this year I didn’t know that the evil, nasty tumor was making itself at home—what will this summer hold for me?” It took me a while to reconnect, but after a few smiles and high-5’s, I was put at ease—good times, good friends, good beer. I even had an opportunity for more “firsts.”  It was my first time meeting Kristen and Scott from Great Rhythm Brewing, learning their story and trying their tasty beer.  It was my first time going to the Coat of Arms Pub, and this will be my first 2beerguys blog flying solo. It has been a good marriage of old and new experiences. 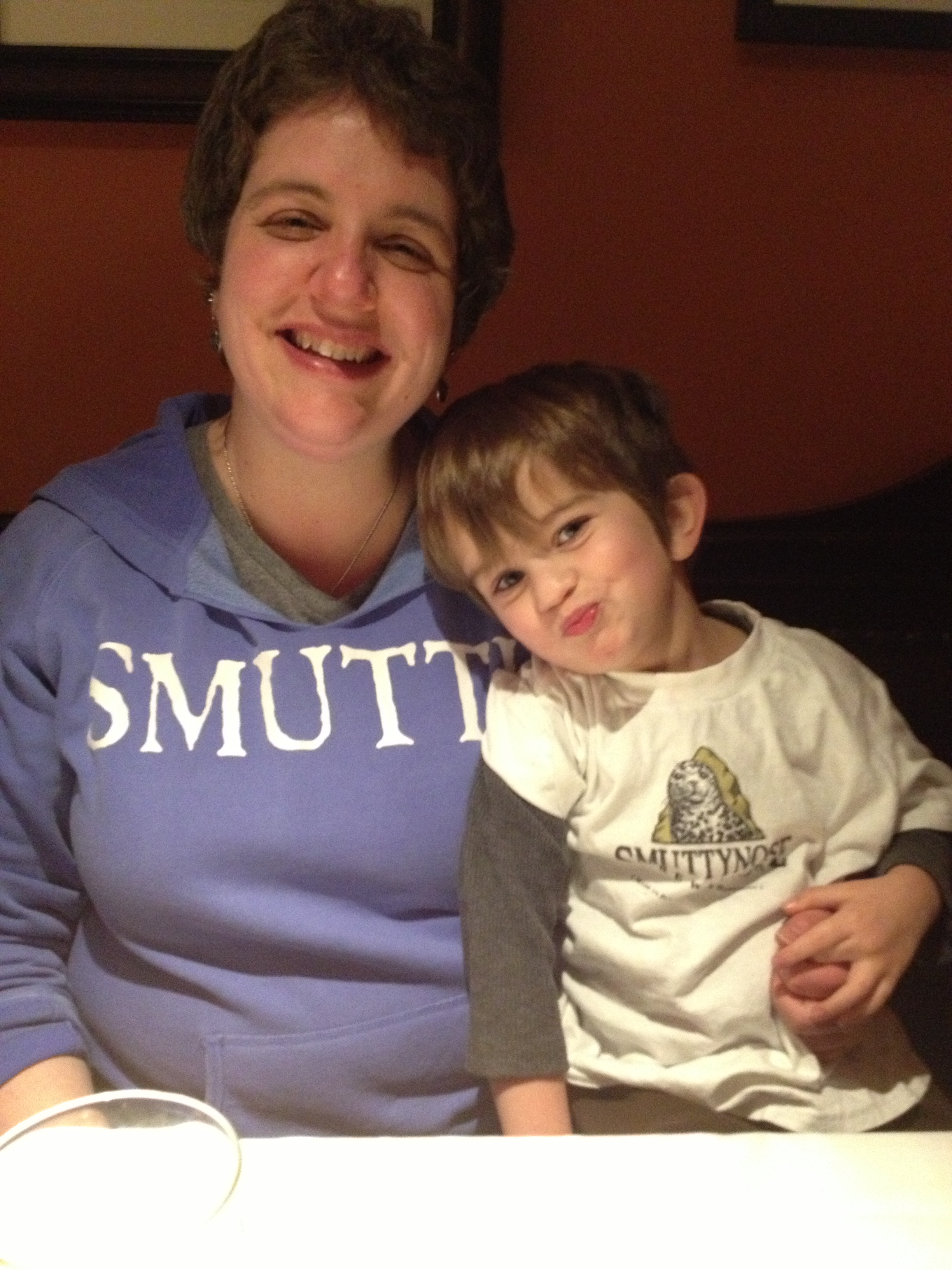 In some ways, PBW13 felt like old home week. I saw Bill from Smuttynose at RiRa for the rolling out of barrels, with me and my son Patrick proudly sporting our Smuttynose gear. At the Fun with Firkins Night at Coat of Arms I had a moment that probably went unnoticed by most but was spectacular for me. I had Throwback’s Double Brown Ale that was lightly smoked, which was like Dippity Do on steroids, and it tasted INCREDIBLE.  My palate was back!  Don’t get me wrong—I’ve had a few brews since chemo, but this was one of those life-affirming moments where I felt like everything was finally made right. I teared up in the middle of the pub.  We’ve all cried over good beer, right? 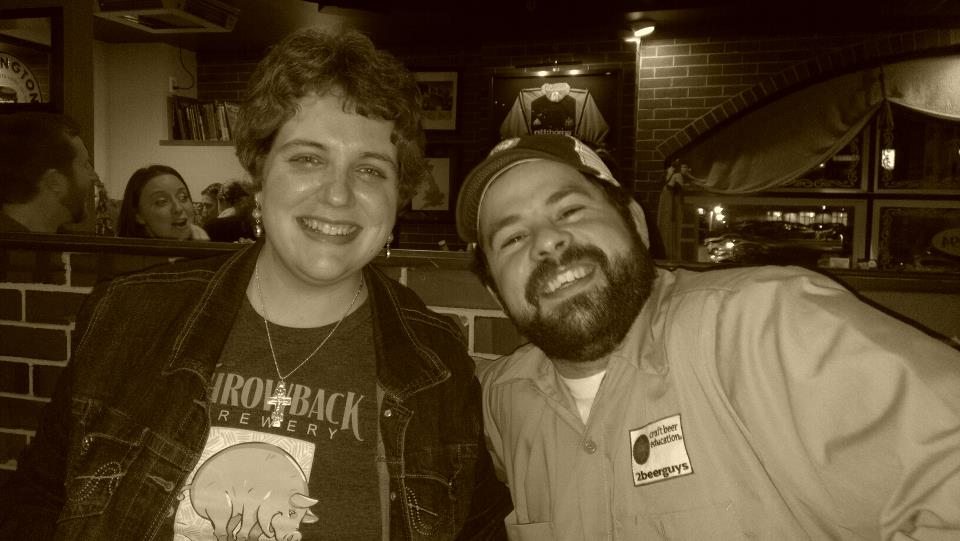 Just when I thought PBW13 couldn’t have any more surprises in store for me, on to “Beertickers” movie night.  I went on my SECOND Redhook tour with Doug and Uncle Frank as our fearless guides. We received the royal treatment by getting to experience the “hop room” and felt like we were in Willy Wonka’s factory, soon to be accused of stealing fizzy lifting drinks.  Post tour, we got cozy with our popcorn and brews and watched the short film “Motel” by William Peters, featuring beer lover Ben M. Watts, and the documentary “Beertickers: beyond the ale” directed by Phil Parkin. Proceeds from the movie night and VIP tour went to rebuilding the historic Ioka Theater in Exeter, NH.  Sean honored me publicly at the event and then surprised me by saying that part of the proceeds would go to any cancer related organization of my choosing. I went back and forth with a few, but I really wanted to support Portsmouth and the Seacoast, so I am choosing Amy’s Treat.  I have no affiliation with them, as I had my treatments at Beth Israel in Boston, but they look like a great organization—they get that little, positive things really do matter when you are going through life’s challenges, and going through cancer in particular. 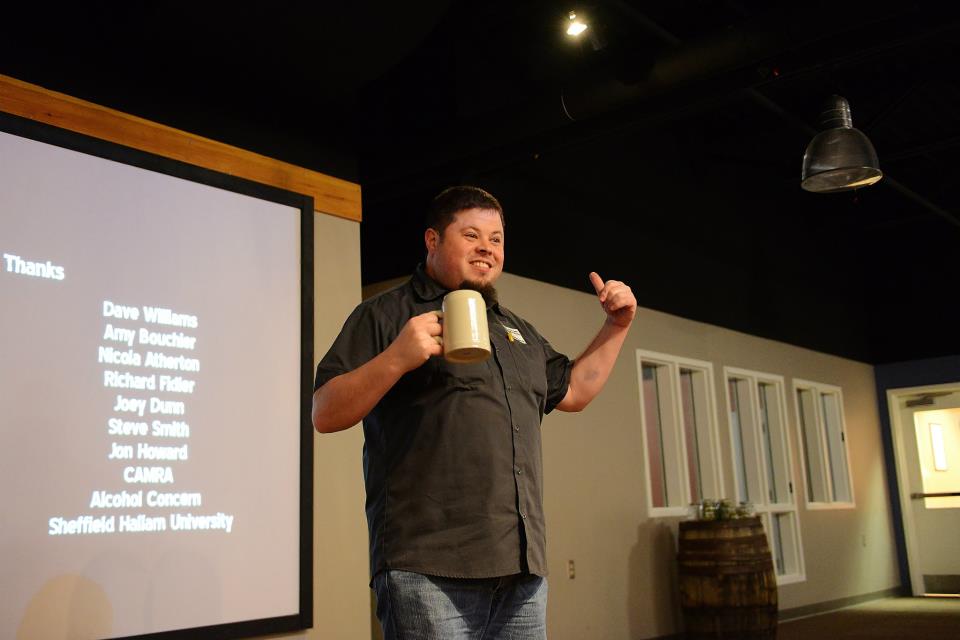 As I mentioned earlier, my prognosis is good.  My palate is back.  My hair is coming in, although curly and a bit gray! I’m a little tired and a little clumsy due to some neuropathy in my hands. Menopause at 31 is awesome, so you may see me fanning myself on occasion. Other than that, life as usual! My future beer plans include the Beer Bloggers Conference in Boston this summer, with a pre-excursion to Portland, ME.  I also hope to see you all out and about for the many events of North Shore Beer Week (NSBW13) coming this September, one of which will be 2beerguys Wives hosting some sort of event.  We also hope to plan an event with Greater Newburyport Ovarian Cancer Awareness during NSBW13, since September is Ovarian Cancer Awareness month.

All this to say, what a difference a year makes!