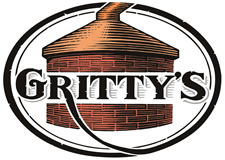 The Maine Red Claws (www.maineredclaws.com), the new, NBA Development Leagueâ€™s team for the Boston Celtics and the Charlotte Bobcats, have teamed up with Maine craft brewer Gritty McDuffâ€™s Brewing Company (www.grittys.com). The arrangement authorizes Grittyâ€™s not only to produce the teamâ€™s official beer, â€œRed Claws Ale,â€ for sale at The Portland Exposition Building itself (â€œThe Expo,â€ the Red Clawsâ€™ home court), but also to offer it throughout Maine in bars, restaurants, and market retailers â€“ a creative move in NBA circles.

â€œHaving this kind of product-focused relationship with an NBA development team is huge news for Grittyâ€™s and for Portland,â€ agreed Richard Pfeffer, Grittyâ€™s co-owner and publican. â€œWe worked with the Maine Red Claws staff to create a genuinely unique sponsorship, and we all believe itâ€™s an ideal way to raise awareness of and support for Portlandâ€™s new basketball team throughout the Northeast.â€

As official beer of the Maine Red Claws, Gritty McDuffâ€™s beer will be the only Maine microbrew product available during games at The Expo (239 Park Avenue). Beginning December 10, Grittyâ€™s also will be offering its signature Red Claws Ale on draught at Grittyâ€™s three Maine brew pub locations (Portland, Freeport, and Lewiston/Auburn) and in select bars and restaurants in Maine.

Throughout the NBA season (December 4, 2009 â€“ April 3, 2010), Grittyâ€™s will offer a variety of game-night specials. In addition, Grittyâ€™s will toast wins, new players, and the play-off season with a variety of pub specials and events throughout the season, with plans underway for a â€œTeam Draftâ€ party for fans during the official NBA Draft.

It takes a brave beer to stand up to a Maine winter. Gritty McDuff’s Scottish Ale returns to help you weather the season. Scottish Style Ale is our interpretation of the robust brews native to Scotland. Generous quantities of Pale malt along with Munich and Caramalts give this ale a deep and complex profile.

Scottish Style Ale is just a shade darker than our Bitter, with a rich, slightly sweet first impression on the palate that rounds out to a satisfying maltiness and a medium-dry hop finish. At 6.3% ABV it’s hearty but not overwhelming. Sure to please the Braveheart in all of us. Look for Scottish Ale on tap at all three Gritty locations and in 12 and 22oz bottles all over the great state of Maine this winter.

Christmas Ale (Pick it up – if you can still find it!!!)
December belongs to one beer and one beer only:Â  Christmas Ale!Â  available on draft and in six-packs. Our Christmas Ale is a robust E.S.B. (Extra Special Bitter) full of holiday cheer. Christmas Ale has a lovely, dark red/amber color and a rich, full-bodied, malty taste with a slightly roasted undertone.

We brew our Christmas Ale using only the finest English Pale and Crystal Malts, with a touch of Roasted Barley as well. A blend of Clusters, Styrian Goldings, Saaz and Yakima Goldings leaf hops round out this hearty brew. Gritty’s Christmas Ale has no additives, fruits or spices. It’s just a good honest ale, perfect for the season.

Since its founding in 1988, Gritty McDuffâ€™s, Maineâ€™s first brew pub since Prohibition, has brewed creative, quality beers that have earned awards ranging from repeat First Place wins at the annual Real Ale Festival in Chicago, to their most recent award: a silver medal at the prestigious 2007 Great British Beer Festival for Grittyâ€™s cask-conditioned version of the 21 IPA. Grittyâ€™s Brew Pubs also have frequently won in statewide polls the titles of â€œMaineâ€™s Best Brew Pub,â€ â€œBest Maine Microbrew,â€ and â€œBest Bar.â€

In addition to brewing, Gritty McDuffâ€™s operates three popular brew pubs in Maine. Located in Portland, Freeport and Auburn, the locations draw crowds of all ages. Known for their four seasonal ales and five year-round ales, tempting pub fare and welcoming atmosphere, Grittyâ€™s pubs have been named an Editorâ€™s Pick by CondÃ© Nast Traveler, highlighted as â€œa legend among New England brewpubsâ€ by The Boston Globe, and cited by Playboy.com as one of the best bars in America. Grittyâ€™s has earned numerous accolades from a wide variety of beer blogs and industry press outlets, as well.

About the Maine Red Claws

2009-10 will mark the inaugural season for the Maine Red Claws. The NBA D-League team will begin play in November at the Portland Expo Building. The franchise is owned and operated by Maine Basketball, LLC, which is principally owned by Bill Ryan Sr., the chairman of TD Bank, and Bill Ryan Jr., owner and operator of Oxford Plains Speedway. Jon Jennings, a partner in Maine Basketball, LLC and former Boston Celtics assistant coach, is the teamâ€™s president and general manager.